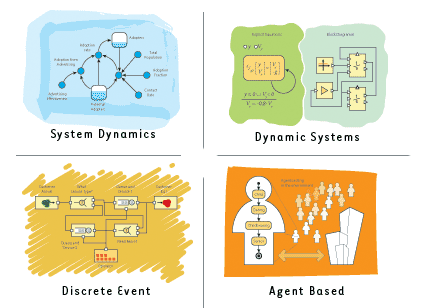 Simulation modeling is a wide sphere with a lot of application areas. 4 major modeling paradigms (systems of view, mind-sets, approaches and concepts) can be used as a basement in model building:

Dynamic systems modeling and system dynamics operate with continuous processes, while discrete event and agent based simulation use discrete ones.

Geoffrey Gordon was the first person to introduce the idea of simulation, based on a concept of discrete events. This idea was initially implemented in a software called GPSS (General Purpose Simulation System). GPSS is known as the language that made simulation a practical method available for software developers.

GPSS language introduced the flowchart and network-based modeling paradigm. A system in this paradigm is defined as a flow of entities called transacts moving along the structure diagram. Transacts stay in queues, compete for resources and blocks that serves them, and finally leave the system. System structure is defined as a flowchart consisting of connected blocks.

Any discrete event model can be treated as a process of servicing orders, defined with an algorithm of order movements through the blocks. Discrete event simulation models usually have stochastic elements such as random service time and random time when orders enter the system. 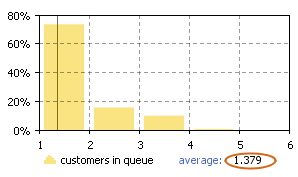 The system dynamics approach was introduced by Jay Forrester in the late 50s as “the study of information feedback characteristics of industrial activity to show how organizational structure, amplification (in policies), and time delays (in decisions and actions) interact to influence the success of the enterprise.” System dynamics application area includes social, urban and ecology challenges. In this approach, real-world processes are defined as a set of stocks and flows between them, additional information provided defines flow values. 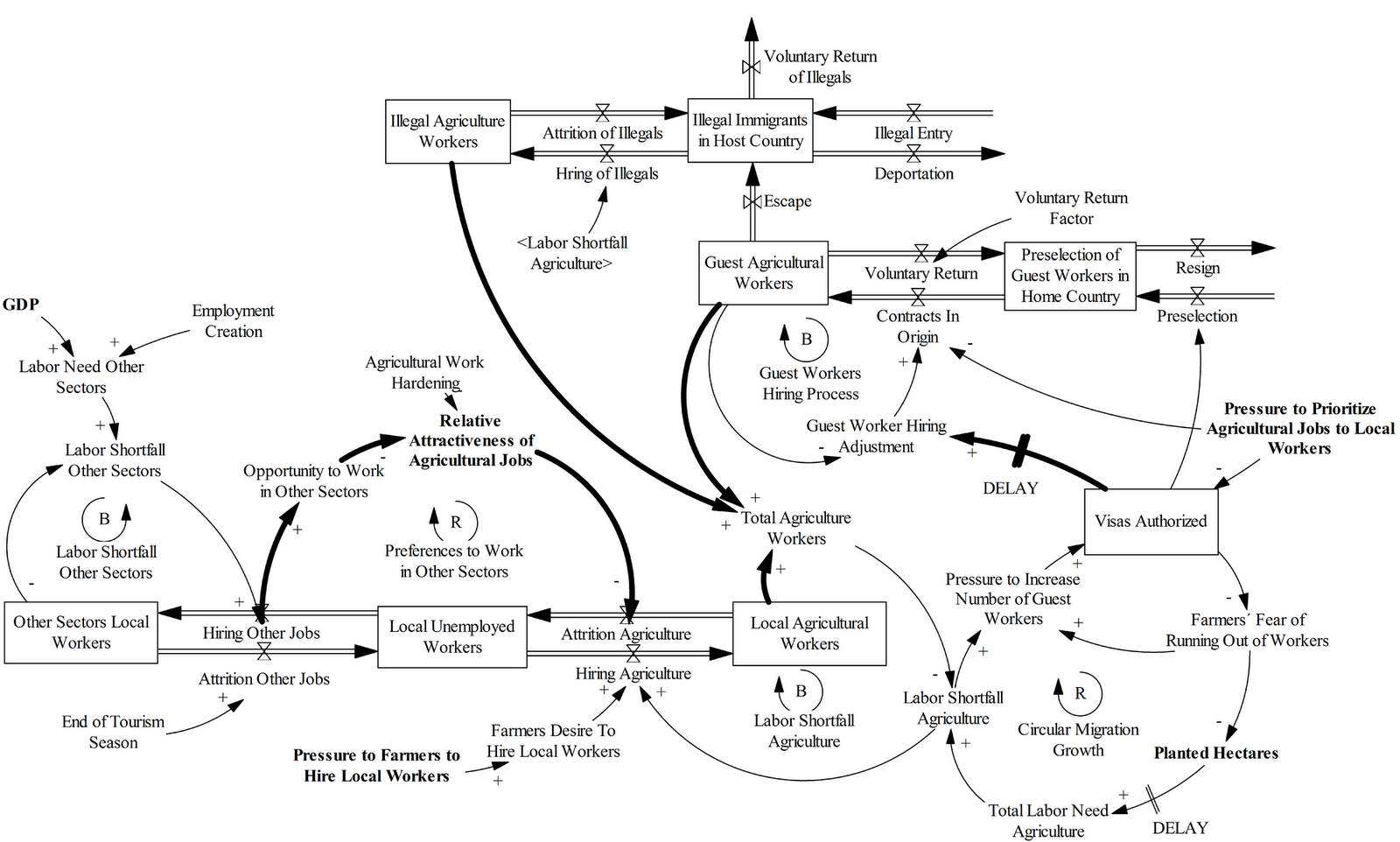 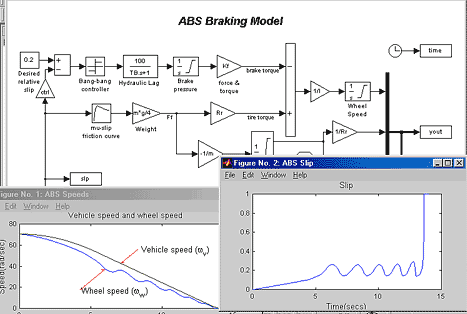 Dynamic systems are complex objects, whose behavior can be defined with algebraic and differential equations, as well as events that change model environment or even structure. Control systems, physical and mechanical objects, chemistry processes, signal processing are typical examples of such dynamic systems.

A method of building structural schemas from programmatic solving blocks is used to simulate the dynamics systems. These programmatic blocks are an analogy of hardware blocks: current sources, integrators, amplifiers, adders and multipliers. Such block structures can be built using library blocks of a special tool like Mathlab Simulink. This software tool automatically creates a system of equations that are numerically solved on the computer.

Block diagrams are convenient for quickly creating small models, but they are difficult to read. That is why equations in Koshi form are also shown in such tools.

There are a lot of definitions of the word agent. What they all have in common is that an agent has activity, autonomous behavior, can take decisions while following a set of rules, can interact with an environment and other agents, and can even change itself. The agent-based modeling approach is typical for systems whose dynamics are not caused by global rules and policies, but instead global rules and policies are as a result of the individual activities of group members. Agent-based modeling is a down-top approach; its goal is to get a perception of system dynamics, based on assumptions about the individual object’s behavior and interactions.

Agent-based model can be created with a set of libraries and tools that help to define programming code—agent behavior algorithms. There is also graphical notation based on state charts and action charts. 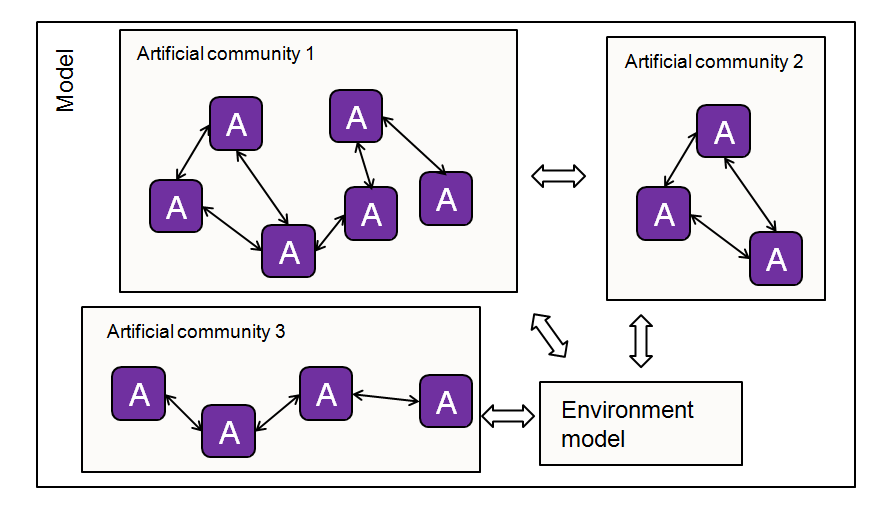 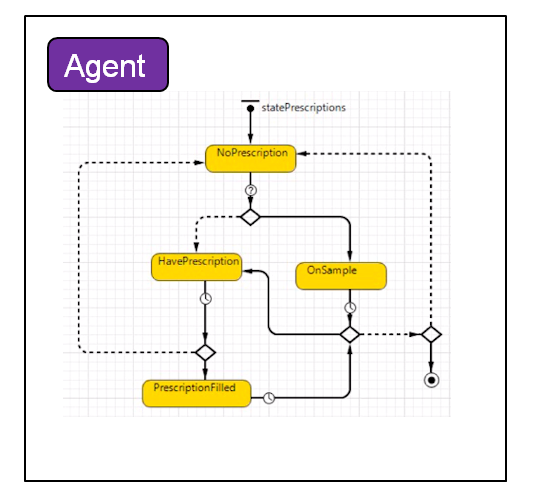 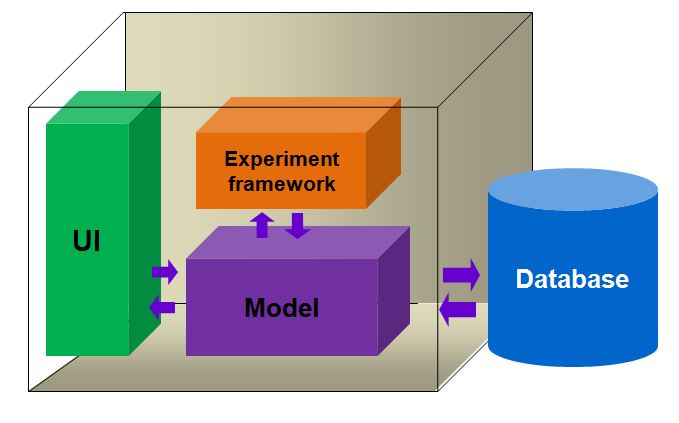 What is the Decision Support System? What is it needed for? 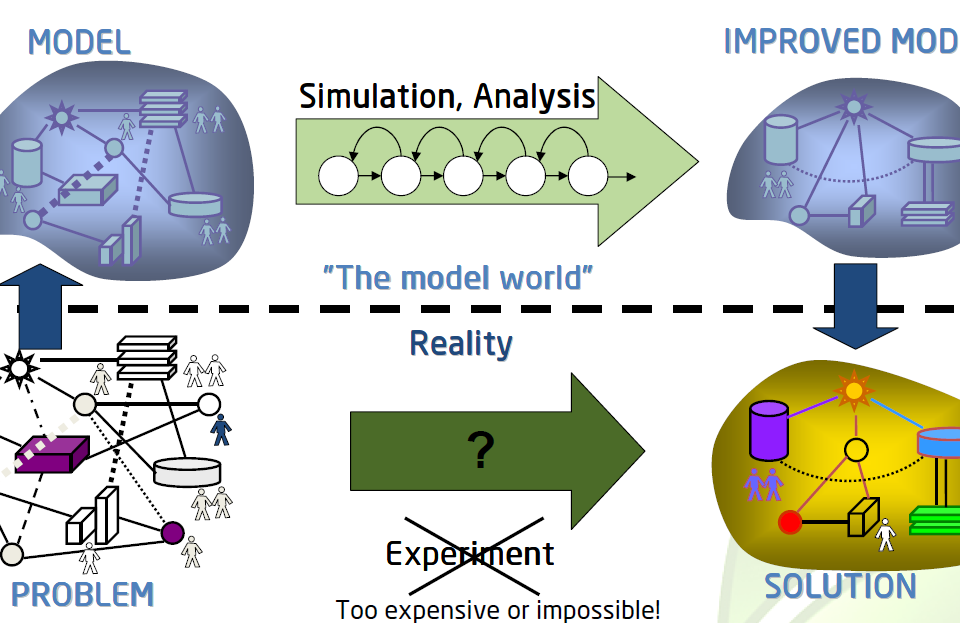