The model was built for a government project: public transport improvements for the Tulskaya region of Russia. The main goal of the model was estimation of existent bus and train routes.

The key goal of modeling was an estimation of the existing railway and bus routes, and an opportunity to partly replace the railway routes with the new bus routes. The model provides a detailed simulation-based P&L analysis for public transportation.

The model in AnyLogic software was created using the agent-based approach. Spatial data about rail stations, bus stops and populations of their environment were used to structure the agent-based simulation model.

Data about existing bus and train routes and schedules were collected.

The results of the project include:

The model was delivered as a fully stand-alone application that uses GIS-data and inputs scenario files. The output reports were given as Excel files. Changing the input data, a user can perform new experiments with the regional network, and apply the methodology to a completely new region. Thus, this standalone model is a typical simulation-based Decision Support System.

Find more details in the material about the project at anylogic.com. 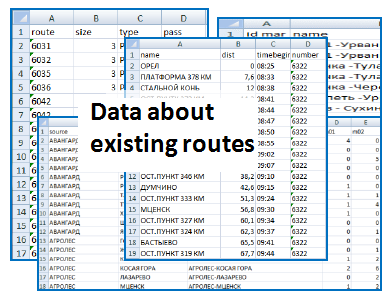 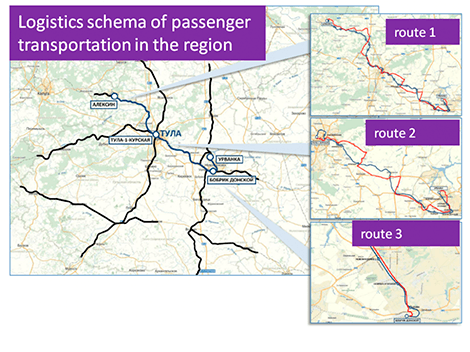 Try simplified demo-model based on the real case-study